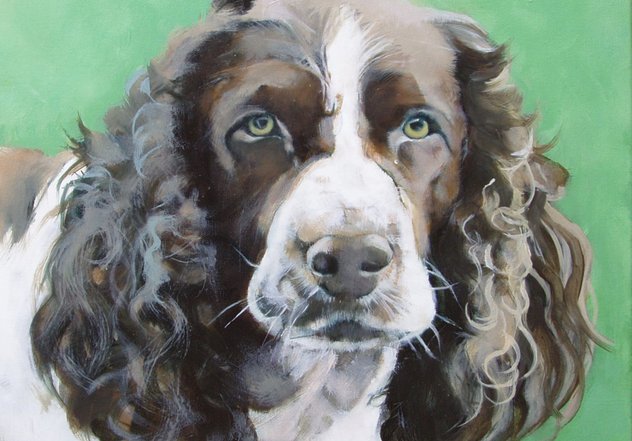 In the center of Stege is Luffes Gård (an arcade). A great place with lots of charm and environment. The Gallery at SOLBY ART & DESIGN contains, of art by Jane Solby but here, you  also can get BARF for dogs and cats. You can find the following products:

Luffes Gård is located near the bus station and at the rear entrance to the arcade, Søndersti 3, is a nice  parking area.

By feeding with an unheated correct food (BARF)  your dog get many benefits:

your dog is not a horse

Wolves and dogs have identical digestive system - should they not eat the same thing?

When the wolves claims that a prey is eaten mostly by the belly is ripped open and intestines as stomach, heart, lungs and liver are eaten first.

The stomach is highly valued and are eaten with great intensity. It's made a very tough material, and the wolf will bite and shake the stomach to crack it so that it can be eaten. By the shaking seen much of stomach contents come out through the holes, the wolf has made​​, and some have thought that it meant that they did not eat the stomach contents. However, it is common that all stomach contents are eaten, but in areas with a large food base, as in Yellowstone, it has not been eaten

After intake of entrails the meat from the killed animals are eaten and as the stomach can contain up to about 30% of the wolf's weight, seen wolves around 35 kg to consume 12-14 kg of meat at once.

This amount of feed will be 2-4 hours to be digsted in the stomach and then is sent to the small intestine, where food absorbed.

Then the wolf go back to the animal and eat the same number of pounds again, and so they can continue until the whole animal is consumed.

- and do not worry, your dog is not a bloodthirsty predator of getting raw meat, it just gets healthy and happy!